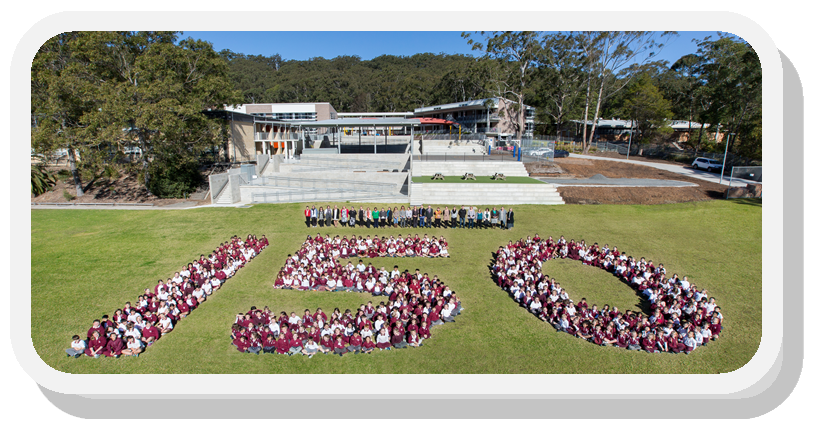 To celebrate the history of Gosford Public School, we have produced a short film snapshotting the last 150 years of education at our school. GPS would like to thank the following people who contributed to the making of the film:

This film was edited by the Classmovies team. It can be viewed on their website using the link above.

Gosford Public school began with one teacher and 28 students, growing to its present enrolment of over 520 students.

An Overview of History of Gosford Public School

In 1865, the first public school in Gosford opened, the Catholic Chapel School. It was established by the Council of Education in 1865.  Miss McGrath, at 18 years of age, started as the Head Mistress, teaching 28 students in one room. Classes were held in Catholic Chapel,the building was an old timber slab hut with a shingle roof, near the corner of Donnison Street and Dane Drive.

In 1875, the construction of a permanent Public School House started to become a reality.  Once the students were relocated, the slab hut church was pulled down to make way for the train line as it came to Gosford. 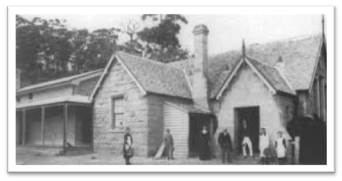 Gosford Public School was relocated in 1877 to Georgiana Terrace into the sandstone building that now remains as part of the TAFE. It was known as the "School on the Hill". By 1878, the average daily attendance was 70 pupils and the following year Gosford became a Town.

When Compulsory Education was legislated in 1901 the school grew dramatically as all children in the district had to attend school. As early as 1917, the P & C voiced to the Minister of Education the need for another new school site as other buildings were being used to house some of the classes. In 1920, Gosford Public School became a District School and timber classrooms were built to accommodate new enrolments as they increased each year.

In 1922, the school incorporated an Intermediate High. 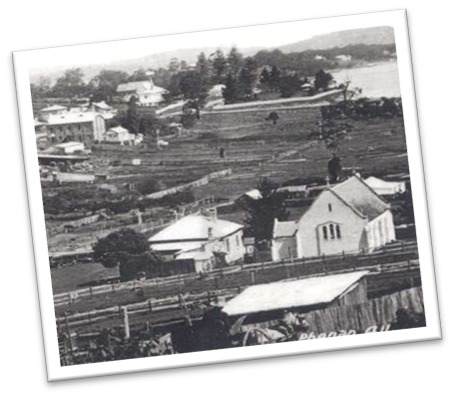 In 1929, Gosford Intermediate High regained its Public School title, with the High School moving all their language students to their own site.  Some of the students remained at the Rural School until the high school expanded 10 years later. The school became a District Rural School in 1931, providing domestic science, technical, commercial and agriculture courses for secondary pupils. This was of course as well as holding infants and primary classes.

In 1933, Gosford Public School school regained its Primary School title and all secondary students were transferred to Gosford High School.

In 1950, total enrolments were 300 primary pupils and 350 infants. The foundations were laid for the timber portable classrooms to the rear of The School of Arts to accommodate students temporarily, until the new school was built. The portable buildings were still used as classroom in 2013. Then in 1951 enrolments increased again to 743.

In 1952, the Gosford Public School commenced at the Mann Street Site.

Gosford Public School  was officially opened at Mann Street on the 5th June 1954 by Dr HS Wyndham. The school Motto of "Honour before Honours" was inscribed at the base in English rather than Latin as it enable the children to appreciate its significance. The school was very segregated, boys and girls entered the building at different ends through the double doors in A Block and there was a line painted on the ground in the playground that the girls and boys weren't allowed to cross.

In the early 1900's Mr Alfred Ingram Chapman and his wife, Mrs Ella Hope Chapman were active members of the Gosford Primary School Board. In 1963, Mr Chapman died and the left the entirety of his large estate to nominated local charitable organisations which included Gosford Public School. Every year our school receives significant financial aid from his bequest, allocated as per his specific request 'the promotions and encouragement of education in our school'.

The last 60 years has seen many changes in the local area and at Gosford Public School. 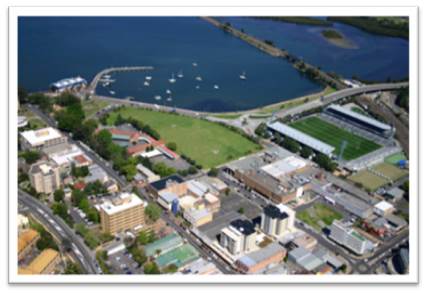 Gosford Waterfront, 2013
In 2014, Gosford Public School was relocated to its current site at Faunce St West, Gosford. The new site is a purpose built school, with state of the art facilities. The school was officially opened at Faunce St West on 11th June, 2014, by Mr Chris Holstein MP for Gosford and the Hon Rob Stokes MP for Pittwater. There are currently over 520 students enrolled at GPS, a total of 20 classes from Kindergarten to Year 6.
The school has remained strong within the community and will celebrate its achievement of providing a rich, quality education to the local Gosford community for 150 years in 2015.
Gosford Primary School acknowledges the leadership and guidance of the Principals of Gosford Public School since its inception.
The Gosford Public School Principals were:
1865 - Miss Honoria McGrath (later Mrs Coulter)
1878 - Henry Parsons
1887 - Charles Peck
1910 - Thomas Uren
1917 - Michale Mahoney
1920 - H G Stoyles
1928 - Harold Nolan
1930 - George McCartney
1933 - George Walpole
1945 - Lloyd Gallagher
1951 - Thomas Colgan
1954 - Lloyd Gallagher
1971 - Harold Cairns
1978 - Bernard Mulcahy
1987 - Albert Manning
1999 - Gai McMutrie
2001 - Alan Wort
2013 - John Anderson
2017 - Bradley Lewis
Return to top of page

We would like to pay our respects and acknowledge the traditional custodians of the land and also pay respect to Elders both past and present.

Copyright for this website is owned by the State of New South Wales through the Department of Education. For more information go to https://www.dec.nsw.gov.au/footer/copyright.